Rolling Stone calls Twanguero “a journey into the heart of the music,” and indeed BACKROADS, VOL. 2, is exactly that. A stunning, solo sequel to the award-winning BACKROADS, Vol. 1, (“Best World Music Album” at the 2018 MIN awards,) volume 2 continues Twanguero’s journey of musical exploration of the blues and ragtime of north America to the rhythms of south America and Mexico and the jungles of Costa Rica, where the album was entirely composed during the Covid lockdown. A documentary crew followed him throughout his time in Costa Rica to record the entire process of making the cd in the jungle and illustrate the experience. View it on YouTube.
While BACKROADS Vol. 1, explored the contrasting regional guitar rhythms of north and south America and Mexico, BACKROADS, Vol.2 takes the listener on a captivating musical trip into the heart of the lush jungle, beautifully revealing Twanguero’s deeper journey into self-discovery and the mystical experience of nature. Each track represents a different animal. Inspired by the birds, howler monkeys, jaguars, cicadas, and other animals, Twanguero’s passionate music and playing brings the feeling of the tropical environment to life. “I wanted to capture and express the symphony of the jungle,” states Twanguero.
Renowned for his fingerpicking technique, incredible versatility and distinctive ‘twang’ sound, his music is an unusual fusion of classical Spanish guitar, flamenco, Latin rhythms, country, rockabilly, jazz…and surf music. With eight previous albums to his credit, this latest cd is perhaps his most complex yet, revealing the depth and virtuosity of his artistry.
Considered by many as one of the best guitarists in Spain, EL TWANGUERO invites all kinds of audiences to see and hear him perform, including guitar fans, entertainment fans, and people of all ages who enjoy great music.
The “fire-breathing guitar hero” as he was dubbed by the U.S. press, launched his successful solo career after years of accompanying Latin music giants such as Bunbury, Calamaro, El Cigala, and others.  He has achieved major accomplishments in the last couple years:  memorable albums such as his latest, PACHUCO and ARGENTINE SONGBOOK (Warner Music), and has toured Spain, Mexico, America from South to North and other parts of the world.  EL TWANGUERO has received excellent reviews and become an International Gibson and Bigsby artist.
TWANGUERO presents the PACHUCO show with his band: rhythm, percussion, seductive melodies as well as electrifying riffs and solos, AND the one and only touch of his golden Gibson, pioneer of ‘Latin-Twang”. He also has an important career as a guitar concertist.
Pachuco refers to a particular old school subculture of Latino Americans from the 1930’s – the 1950’s associated with zoot suits, and vibrant, flamboyant nightlife. Originating in Mexico, Pachuco eventually made its way to El Paso, Texas. Hence, El Paso became known to many as “El Chuco .”  Pachuco was also an important part of the young Mexican-American culture in the 1950’s.

“El Twanguero is a journey into the heart of the music”

Spanish LatinGrammy Winner, songwriter/ guitar bender EL TWANGUERO is one of the most active artists in the hispanic scene. Internationally renown for his unique Latino-Twang sound, that goes from Spanish guitar, American folk, flamenco and tango, and for his impeccable fingerpicking style.
He has four records so far: Octopus, Twanguero, The Brooklyn Session and Argentina Songbook, and won many awards, including a Goya Nomination and a Latin Grammy.

When he turned 6, El Twanguero enters the conservatory of Valencia and becomes a student of José Lázaro Villena, a former student of the great Andrés Segovia.  At 13 he forms his first rock band, the Be-boppers and at 16 he joins the Rock ‘n’ Bordes European Tour for the next 3 years. Pioneer of  Western-Swing and Ragtime in Spain,  he forms Gallopin’ Guitars . By the age of 15, Diego was already at the top of the Valencian musical scenario, and was awarded as Best Instrumentalist in the Black Note Valencia.

At the age of 20, Diego moves to Madrid and soon becomes one of the most active musicians in the city. In this time, he records and tours with Merche Corisco, Nacho Campillo, Jaime Urrutia, Manolo Tena, Los Chunguitos, Tam Tam Go, Raphael, Sergio Dalma, Guerrilla Gorila, Santiago Auserón, Andrés Calamaro and Pumpin’ Dolls among others.

In 2005, El  Twanguero publishes his first album, Octopus, with Sello Autor. He gets outstanding reviews from magazines Vintage Guitar, Guitar Player, Guitar World and the national radio from Spain, RNE3.

In 2008, his second record is published again with Sello Autor. It takes the name of its author: Twanguero. The album is presented in Madrid, New York, and Buenos Aires, Girona, Black Note (Valencia), Festival de Guitarra de Denia and Castilla-León. 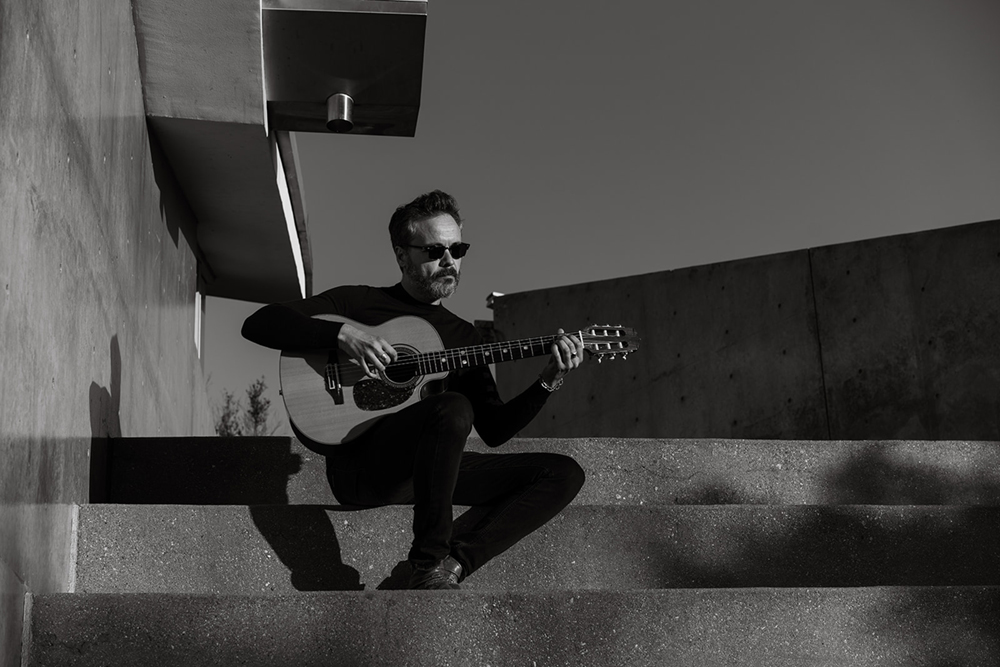 In 2006, El Twanguero travels to New York y quickly merges into the underground, where he forms the Diego García Trío with Tony Mason (drums for Norah Jones, Bo Diddley, Steve Cropper) and Nick D’Amato (bass for Lizz Wright, Poppa Chubby) and the three of them play all around New York and New Jersey

In 2010 he is called by the Venezuelan producer Andrés Levin to be a part of the Brooklyn Summer Festival. In New York, he also colaborates with such artists as Levin, Didi Gutman, Jessy Murphy, Jim Campilongo, Yerbabuena, Charlie Hunter, and others.

Acclaimed by journalists, the album is  released in December 2013 and presented in several countries around the world.

The whole  process in Buenos Aires was filmed by argentinean Director Javier Pistani, who in 2014 launched the documentary in several Film Festivals around the world.